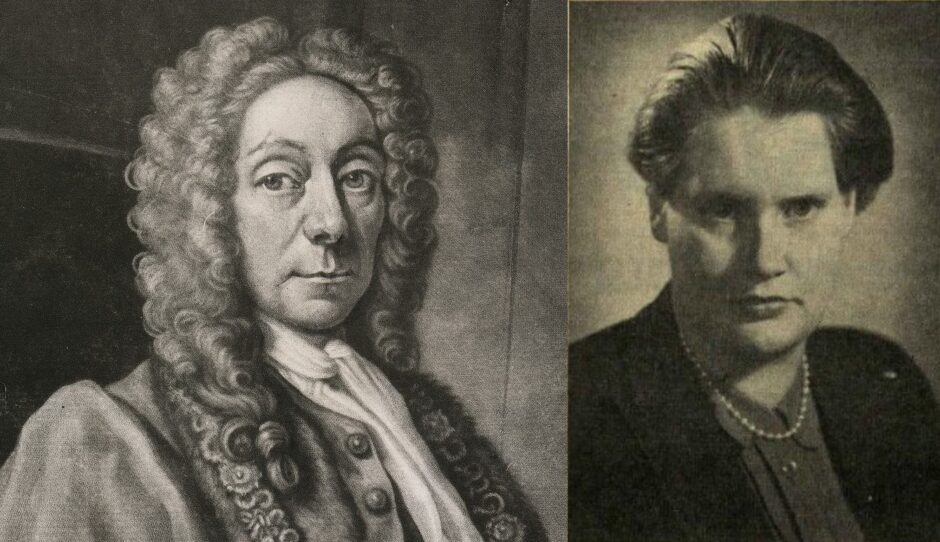 The first thing anyone who met Frances-Jane French will tell you is that she was a formidable woman. From the 1960s to the 1990s, she strode the streets of Dublin, black cloak flapping around her shoulders, ebony cane ready to wave over the head of any poor soul who thwarted her. To those of us starting out in genealogy, she was terrifying. Her vocation was Anglo-Irish family history and she laboured long and hard correcting and expanding the published trees in Debrett’s.

Genealogy came naturally to her. To quote a profile in the Trinity News of 1959:
“Her ancestors include Humphrey French, ‘the good Lord Mayor’ of Dublin who donated 10,000 oysters a year to Dublin Corporation from his private oyster beds at Clontarf; Sir Boyle Roche, the witty member for Limerick in several pre-Union Irish parliaments, and no less than eleven Mayors of Limerick, Cork and Youghal; as well as six Governors and thirteen Directors of the Bank of Ireland. When one considers her cousins, the family tree seems a veritable lusus naturae, exhibiting as it does the luxuriant flowering of Anton Dolin; Evie Hone; Joe Hone, the biographer of Yeats and George Moore, who died only a few weeks ago; Nathaniel Hone, a Foundation Member of the Royal Academy; his son, Horace Hone A.R.A.; Provosts Hely-Hutchinson and Mahaffy; Madam Maude Gonne MacBride.” Frances-Jane was an editor and board member of the Trinity News. If she didn’t write that profile herself, she certainly oversaw it. The full article – from the very useful Trinity News Archive site – is quite something

My first contact with her came when I was dragooned into giving a lecture on the records of the Genealogical Office at the fourth Irish Genealogical Congress in 2001. Those records were her natural habitat and I was a complete neophyte. She sat in the front row pshawing and harrumphing until I was a quivering wreck.

I eventually redeemed myself in her eyes by sneaking GO manuscripts to her in the NLI Manuscripts Reading Room when they were supposedly off limits. If anyone could be trusted with them, she could.

Frances-Jane French died in 2002. Her obituary from the Daily Telegraph is also quite something. If you want to explore her pedigree, you can start from her entry on The Peerage website.