Unfounded Rumour Disposed of at Inquest. 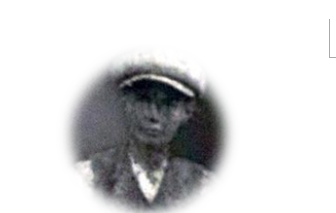 When I was researching my mother’s side of the family tree many years ago, I came across some old newspaper clippings from March 1914, kept in a very old small suitcase wedged inside the back of a wardrobe in my grandparents’ house.   The article appeared in the Dublin Saturday Post on 21st March 1914 and covered the inquest into my granduncle James Kinnane’s (Kennan) sudden death aged 26 years.

Apparently James had been out of work for about 6 months due to farm labour troubles at the time and when he eventually found work again, he decided to visit the local hostelry in Baldoyle one Friday evening.   While there, he became ill complaining of pains in his stomach and he was brought home by a couple of his friends.

There was no doctor called and he went to bed, he died the next day.

In the meantime, a rumour had gone abroad that the deceased had taken an abnormal quantity of drink in Baldoyle, however the Coroner had satisfied himself that although the deceased was in a public house and his illness commenced there, the amount of drink supplied to him was not such as would operate prejudicially against a young man of his strength.  In order to satisfy everyone, the Coroner directed that the Publican be summoned as a witness, who stated that the deceased did not have that much to drink.  A post mortem was also ordered to be carried out by Dr. Conry, who deposed that death was caused by acute obstruction of the bowels, but he could not state what caused that.  Dr. Conry also stated that if he had been called in to examine the deceased when he took ill, he would have had to take him in his car to Dublin for an immediate operation and that the ailment was one that ends fatally very quickly.

The Jury returned a verdict in accordance with the testimony of Dr. Conry and expressed gratification that the rumour about deceased having been supplied with an undue amount of drink had not been proved to have any foundation of fact.