Few people today remember Fr Nicholas Sheehy of Clogheen. He was the son of Frances Sheehy, a wealthy Catholic from Drumcollogher, Co Limerick and a woman called Power from Bawnfune, Parish of Kilronan, on the N 671 close to Ballymacarbury, Co Waterford. Nicholas was born in 1728 and was enrolled in the Irish College in Salamanca on 17 March 1749 to train for the priesthood. He left in 1751 but must have been ordained elsewhere because in 1752 he was appointed to the Parish of Newcastle, Co Tipperary in 1752. 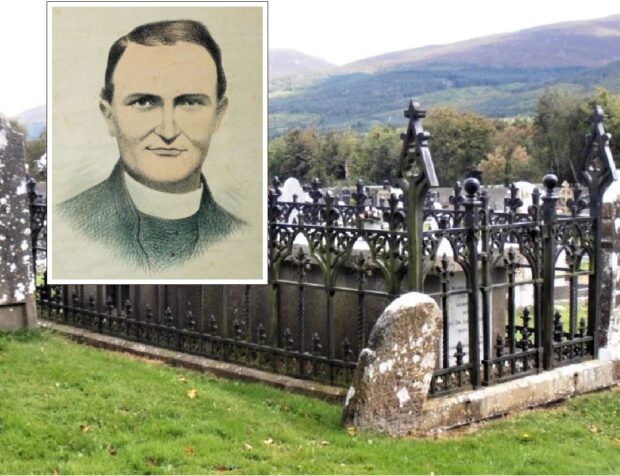 The grave of Father Sheehy

In 1756, he was appointed Parish Priest of the Parishes of Shanrahan, Templetenny and Ballysheehan, later to be known as Clogheen and Ballyporeen. He opposed the imposition of Tithes which pushed the already high rents of land holders to levels which were unsustainable given the poor quality of some of the land and its subdivisions into uneconomic units. The tipping point came when two Church of Ireland clergymen rented their tithes to an inn-keeper in Ballyporeen; this unscrupulous tithe proctor demanded five shillings for each marriage performed by the Parish Priest. Fr Sheehy’s response was to denounce these charges and encouraged the people not to pay. His other bugbear was the enclosure of commonages. These areas of common land were essential to the survival of small farmers. From 1759, the laws against importing Irish cattle into England were relaxed and a much greater demand for pasturage was created. Local landlords responded by enclosing the commonages. This was fiercely resisted and the ditches, erected by the landlords, were thrown down. A decade of lawlessness and violence followed. A clandestine organisation known as the Whiteboys, who wore white shirts over their clothing, sought to address the wrongs of the tenantry and administer rough justice by destroying property and maiming cattle. The authorities were quick to react and Lord Drogheda and his dragoons were dispatched to Clogheen.

The vindictive campaign against Fr Sheehy began in 1762 and culminated with his death in Clonmel on 16 March 1766. On the evidence of very dubious witnesses, he was hanged, drawn and quartered and his head fixed to a spike outside Clonmel Gaol. His body was taken to Shanrahan graveyard near Clogheen soon afterwards and his tomb became a place of pilgrimage from that time until the present.