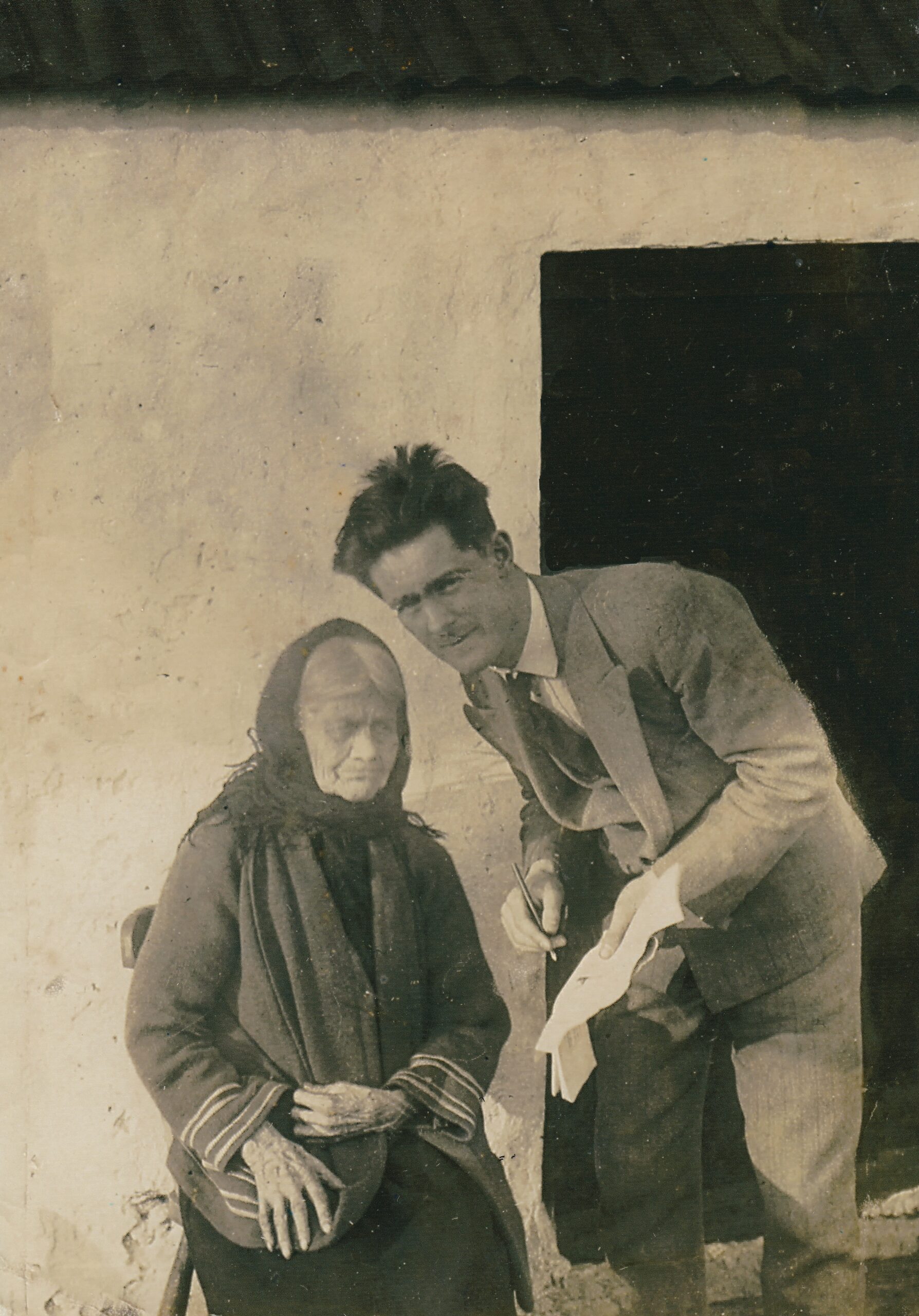 Amongst John F. Hassett’s photos of his short life is this gem of a photo. On the back is a “Customs and Excise Dungloe” stamp. And then handwritten text: “Grace Boyle OAP 171, Meenbanid, Co. Donegal, Aged 100 years. Answered the questions on Form 16 (statement of means) before getting new pension book on 31-5-29”.

Grace Boyle was listed as aged 70 in 1901, and 75 in 1911 Census, respectively. Her husband is Charles Boyle and through the birth records of her children, her pre-married name is Grace Magee. This May 1929 photo notes she is 100 years old, yet her death certificate for April 1930 states she is 80. If you are descended from Grace Boyle, I would love this share this treasured photo with you and learn what you know about her life.

When the 1926 Census of Ireland is eventually made public, I can’t wait to look up John Francis Hassett and Mary Foley to find where each lived and learn more about their short lives. And, I will look up Grace Boyle, to see what age she choose to be in that record?