The fortunes of the copper mining community of Bunmahon Co. Waterford rose and fell and rose and fell again throughout the 1800s. By the mid to late 1860s the supply of copper was all but exhausted and real hardship and mass emigration followed. Peter Walsh, a Bunmahon miner and only son of Michael and Johanna Walsh, immigrated to Australia. However his parents heard no word home from Peter for ‘eight or nine’ years and they sadly concluded that he must have died. To their great surprise and delight a letter home from Peter arrived in 1871. This letter here (faithfully transcribed) dated ‘Easter Sunday Afternoon April 9th 1871’ is their joyous and heartfelt reply to his letter.

Peter Walsh remained in Australia. His grandson Thomas Walsh became mayor of Northcote, Melbourne. Thomas’s granddaughter Niki Na Meadhra visited Bunmahon in 2008 and a copy of the letter has lately been gifted to the Copper Coast Geopark Visitor Centre there. Niki is a professional storyteller, specializing in the heroic tales of the Táin Bó Cúailnge, Fionn Mac Cumhaill and Oisín in Tír na nÓg 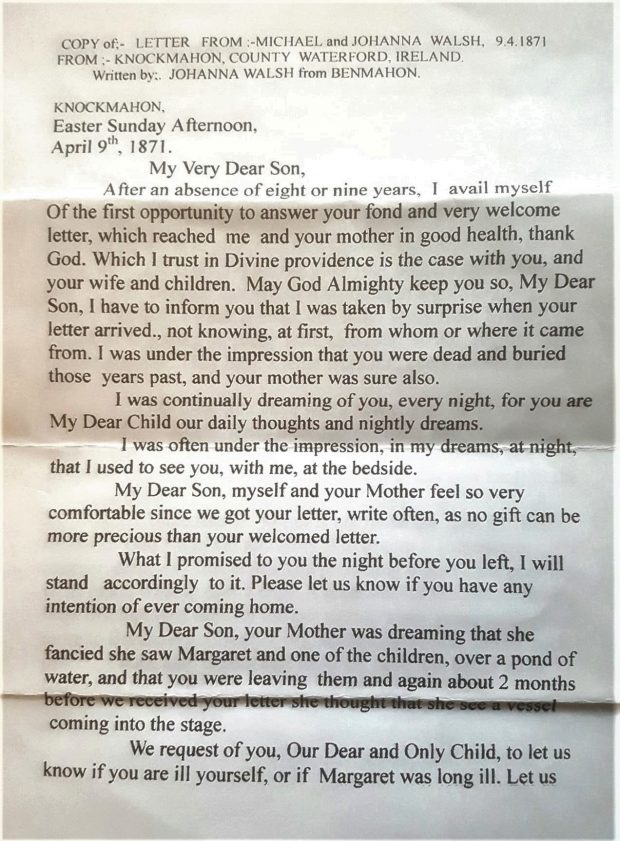 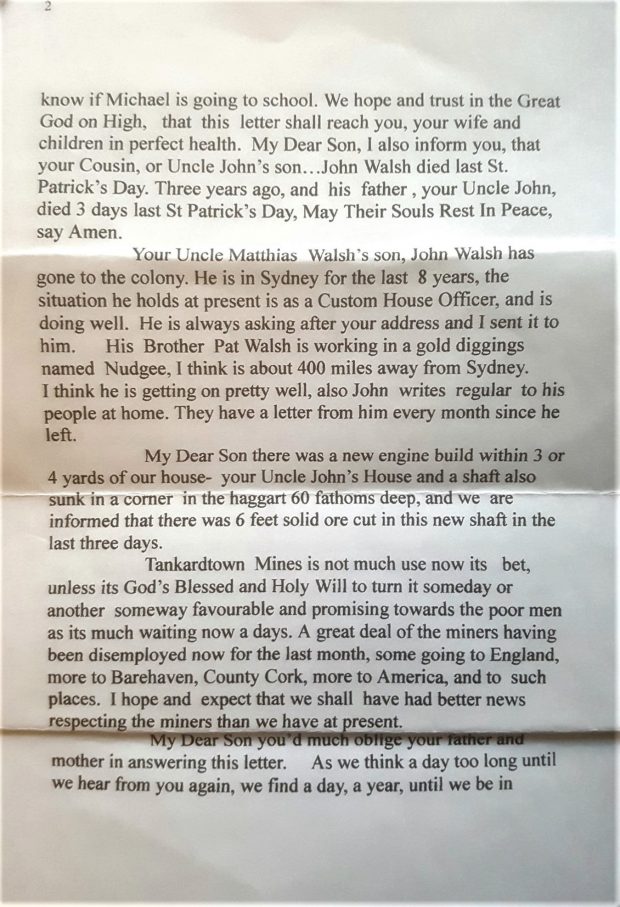 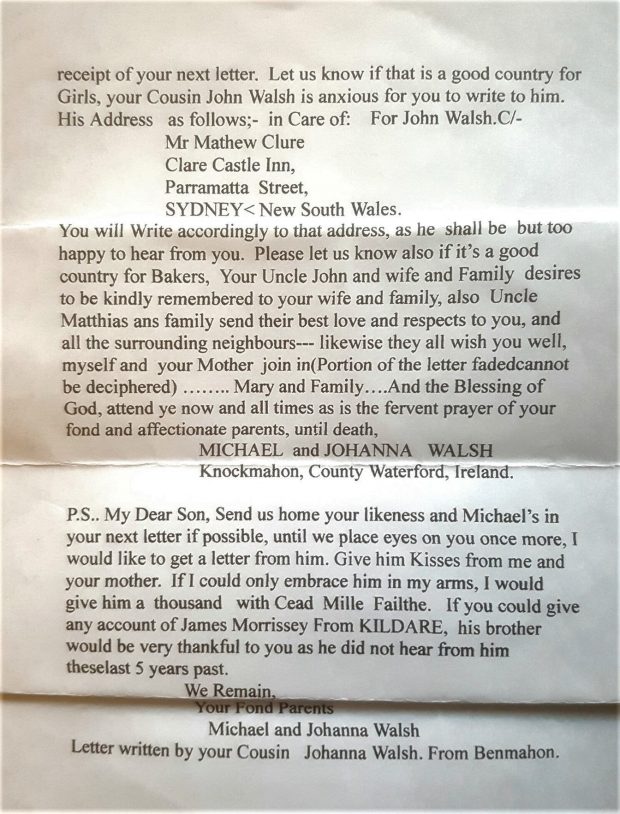