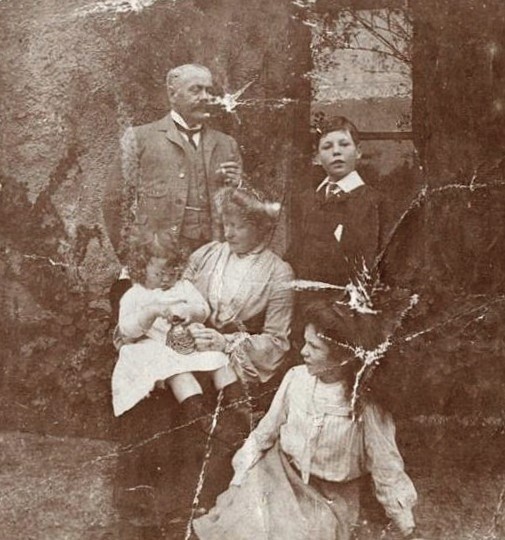 My great-grandmother was Annie Clarken who was born in Dublin in 1867 (died in 1924) to Patrick Clarken and Bridget Cassidy. Her father worked as Coachman for the Cramptons of Grangemore House, (Donaghmede) for almost 30 years. She married Patrick Kinnane in 1886, who was a ‘butcher’ from Co. Clare and a widower. They had two children James in 1888 and my grandmother Annie in 1889. Sadly, Patrick Kinnane was killed by a train on his way home from work one evening in 1890 leaving his widow Annie to look after their two children. 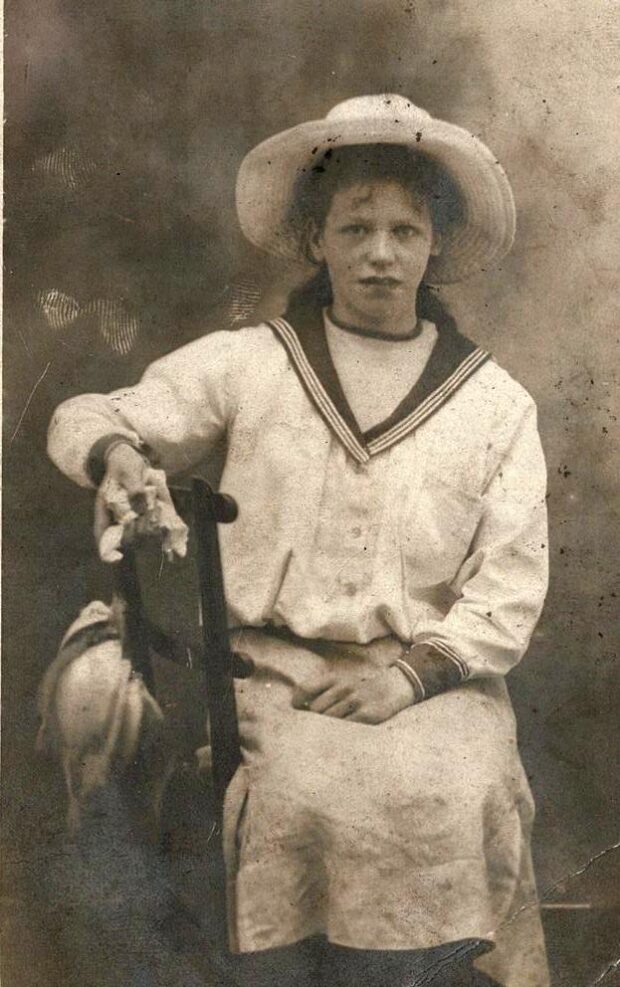 Having obtained a ‘reference’ from Mrs. Mary Casey, of ‘The Donahies’, who knew her from childhood, Annie then secured a position as Nurse with the Verschoyle family of Castle Troy and Athea House, Limerick, sometime in 1903. Frederick Thomas Verschoyle was a Magistrate and Land Agent, and he and his wife Hilda had three children including Hilda Caroline (Gwenda) who was born in 1893 (pictured), Thomas Frederick and Moyra. Gwenda sent my great-grandmother a picture postcard to Athea House, of herself holding a fish she had caught while on holidays in England circa 1905 with a lovely note wishing her a Happy Birthday. Gwenda Verschoyle married Charles Harvey Stewart in London in 1932 and she died in Cambridge in 1974. 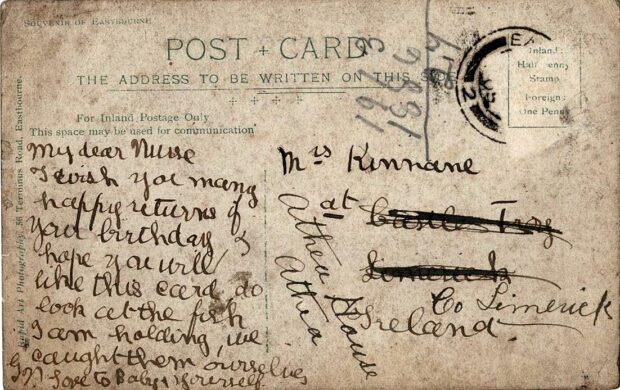