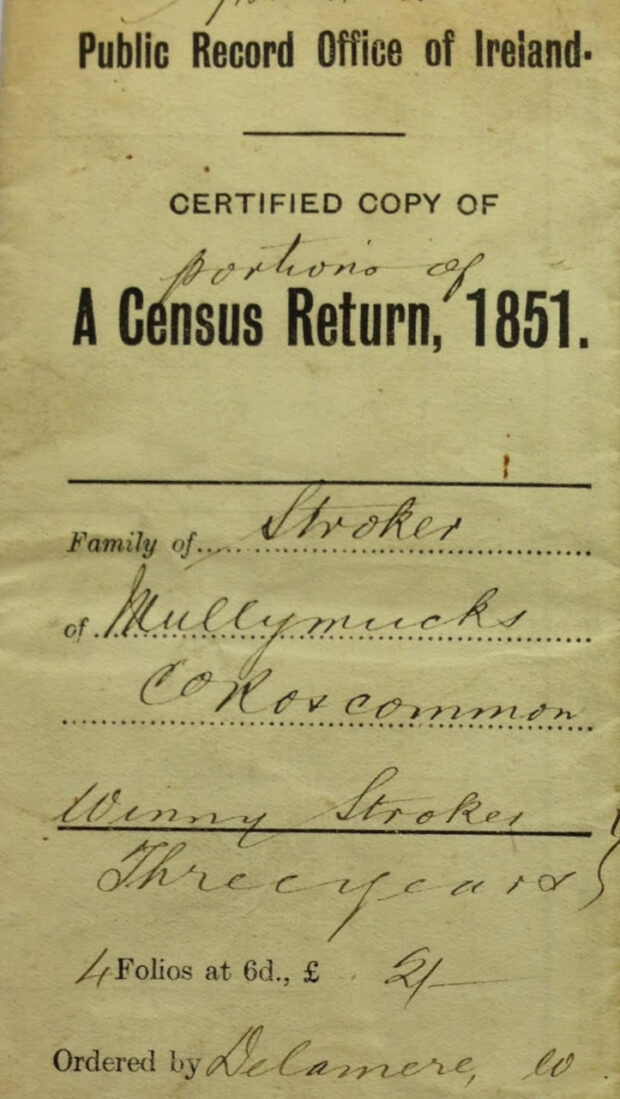 The cover of the extract

A few weeks ago I was approached by someone who wanted advice on a document that had been in his family for generations. It was an extract from the 1851 census. He thought it might have been obtained to demonstrate long-term occupation of the home place, perhaps as part of the process of buying out the land under the Land Acts. I told him it looked to me like it had to do with the Old Age Pension. When this was first introduced for people over 70 in 1909, there was no way for applicants to prove their age, because civil registration of births only began in 1864. So applicants could apply to the Public Record Office for extracts from the 1841 and 1851 censuses. Many of the applications have survived, all that’s left of the returns and now a familiar (and bitter-sweet) part of the researcher’s toolkit. But I’d never before seen the response that was sent back to applicants.

There are a few things that surprised me. First, it’s very explicitly an extract only – see the cover, with “Portions of ” added in bold handwriting. In the extract itself, it looks as if  there may have been a fourth individual in the household at position 3, represented with a series of “X”s.  The only people named are the two parents, Frank and Mary Stroker  and three-year-old Winny, who was the applicant more than six decades later. None of the wonderful details of absent family members or those who died since 1841 are included. It seems that the bare minimum necessary to identify the applicant was the extractor’s aim. Still, we learn that Frank was married once before, in 1839, and that he and Mary were married in 1847. All wonderful grist to the genealogical mill and it only cost Winny 2/-.

We’re well used to feeding off the crumbs of the 1841 and 1851 censuses. It’s interesting to see crumbs that fell off the other side of the table.  The Stroker family (what a great surname) are well-documented by their descendants – see https://federalhillirish.com/blog/f/roscommon-runaways—some-mysteries-solved. 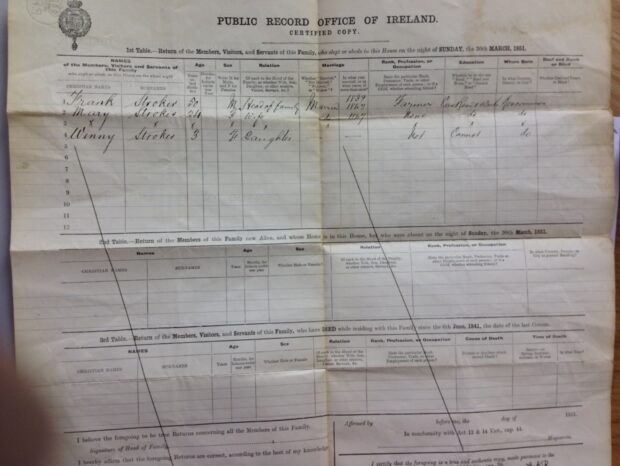