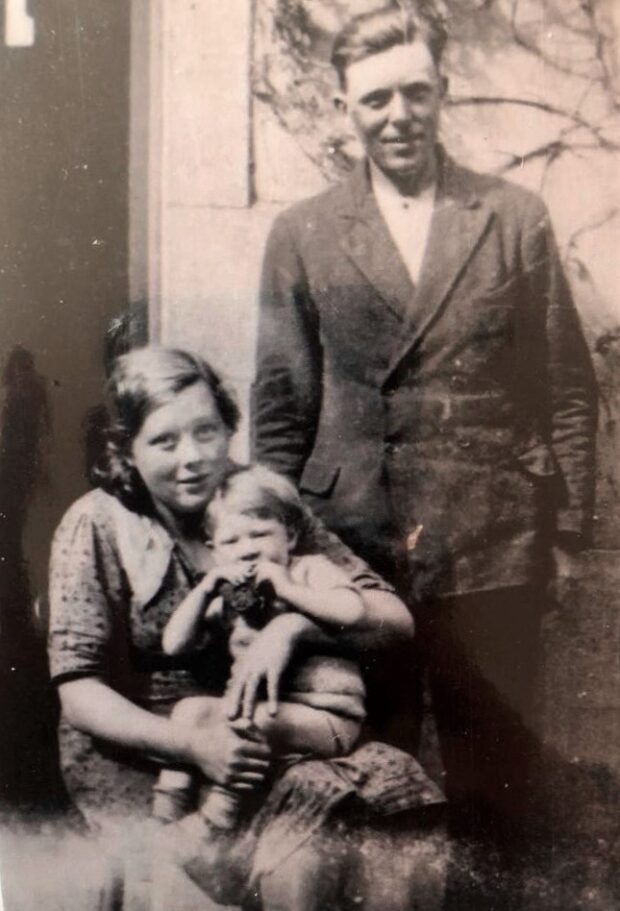 As a child, I always enjoyed listening to family lore as told by my grandparents, especially my grandad Digby Johnson. I listened intently to all their stories and spent hours going through old photographs of faces that had long passed before my existence. However, one in particular always stood out to me, a picture of my great grandmother Vivian Johnson nee Bestall holding who we believe to be my grandad, or his younger brother Wilvy. I always loved this photograph as I was drawn to Vivian and she bears a striking resemblance to my older sister. I imagined Vivian to be a kind and gentle mother and as I became a parent, Vivian appeared more relatable to me.

Vivian Bestall was born on 30th June 1908 at Templelyon House in Co. Wicklow, to parents Digby and Jane Bestall (nee Woodroofe). Vivian had three siblings, William, Frederick and Haidee. Vivian’s father, Digby was a farmer. Their home, Templelyon House, had been passed down through the Bestall family for generations and today is occupied by Vivian’s grandson, my 2nd cousin. At the time of Griffiths Valuation, William Law Bestall occupied Templelyon House, which consisted of 70 acres, 1 rood, and 9 perches of land.

Vivian married Edward Johnson by license on 16th November 1927 and the couple had four children, Edward b. 1928, Alan b. 1930, Digby b. 1932, (my grandad) and William (Wilvy) b. 1941. Vivian and my great grandfather Edward Johnson occupied the Bestall ancestral home at Templelyon until their untimely death. Sadly Vivian died on 4th April 1943 of Tuberculosis (TB) at the age of 34 leaving her husband Edward, a widower with four young sons. Edward died 6 years later on 22nd August 1949, also of Tuberculosis.