Blessington Lakes have a Story to Tell 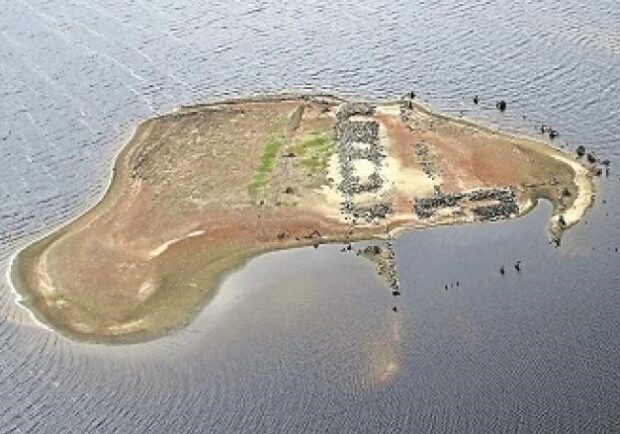 The journey from West Wicklow to Dublin was always enjoyable, seeing the mountains in the distance, particularly the section from Blakestown and the Poulaphouca Falls to Russborough and on to Blessington. This section of the N81 skirts Blessington Lakes, giving panoramic views of lake and mountains. For many years I passed this, seemingly, natural landscape without a thought of how it had come into being.

Back in the 1930s a dam was built at Poulaphouca Falls (also known as Pollaphuca) for a hydroelectric scheme to produce electricity for the national grid and also to provide water for the greater Dublin area. Of course I was aware of this but I never thought of the effect it had on the local community. A dam meant that water was artificially accumulated thus producing a lake. Albeit a beautiful lake it was also the site of what had been many houses, businesses and farmlands. The Poulaphouca Reservoir (also known as Blessington Lakes) measures 5,500 acres of land submerged in water.

The modern and historic maps of the area on the GeoHive Map Viewer of the Ordnance Survey at www.osi.ie show that many townlands were affected by this reconfiguration. One townland, Ballinahown, was completely submerged. Many others were partially affected. The list includes Threecastles, Crosscoolharbour, Butterhill, Haylands, Burgage More, Burgage Moyle, Sroughan, Humphrystown and more.

In 1911 the Census returns for the townland of Ballinahown showed six households living in the townland. They consisted of thirty six souls: 13 men, 9 women, 8 boys, and 6 girls. Their occupations included Farmer, Farm Labourer, Shoemaker and Postman. This townland was completely obliterated a couple of decades later.

Apart from homes, farms and farm buildings, other casualties included businesses whose access to roads, now being submerged, turned a short journey into a long one. More poignant was the fact that the old graveyard at Burgage was also a casualty of the plan. Work began in the 1930s to move the graves to another site in the same townland. The graves were opened and the re-interments began. Monuments, headstones and any other markings were also transferred and a register of the re-interments was compiled during the process.

The Electricity Supply Board (E.S.B.) invited tenders for tree felling and hedges etc. to be cleared from the sites before flooding. Even the army was involved in clearing the area. The old eight-arch Blessington bridge over the river Liffey was demolished by Army engineers to make way for the extension of the reservoir in 1940. This was the year that the flooding began. It took years for the lake to be fully functional, both in terms of flooding and in all generators being operational. By September 1947 the final generator was commissioned, having been delayed by the war. The hydroelectric station has been providing power to the national grid and water to the greater Dublin area since. It was an amazing achievement of engineering in all its forms. However spare a thought for the families whose homes and land were taken from them. They have only memories and photographs to look back on.

Every now and again, when we have a dry summer, the land rises to show some defiance against its imposed watery grave. The image of this month shows such an occasion. It is a picture of ruins (showing the remains of houses) re-surfacing in 2018 during a drought. It was taken by An Garda Siochana over Blessington Lakes. Perhaps it was part of Ballinahown?