The National Archives of Ireland is hosting the first talk of 2022 in its evening lecture series and the speaker will be AGI immediate past-President Joan Sharkey. 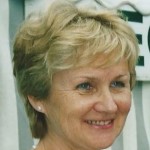 Joan’s lecture is entitled ‘Researching your Roman Catholic ancestors’ and will discuss the available records and the historical background to the administration of the Irish Catholic church and how this  resulted in the majority of parish registers only commencing in the early 19th century. The talk will cover the extent of the available records and where they are located and will also give advice on using the various websites which contain transcriptions and images.

Joan Sharkey became interested in genealogy and local history through a small group in her local library in Dublin from which the Raheny Heritage Society was formed in 1987. She obtained a Diploma in Local History from NUI Maynooth in 1998. She is the author of St. Anne’s: the Story of a Guinness Estate (2002, Dublin), tracing the history of the former house, demesne and gardens owned by the famous Guinness brewing family in Dublin.

Joan started work as a professional genealogist in 1998 and was admitted as a member of Accredited Genealogists Ireland (AGI) in 2003. Since then, she has worked alongside her colleagues in the Genealogy Advisory Service in the National Archives and previously in the National Library of Ireland.

Joan has given many lectures on genealogy and local history and has been a member of the AGI Council since 2005. She served two terms as its Honorary Treasurer and has just completed her term as President from 2019 to 2021.

For more information and to book your ticket click here.