Though it proved to be a shorter meeting than in recent years, the usual reports were given by the President, Hon. Secretary and Hon. Treasurer. In a detailed address, the current President, Nicola Morris, outlined the various activities of the Association has been involved with over the past year, particularly highlighting those where AGI Members had been able to offer specific skills in expertise and advocacy. 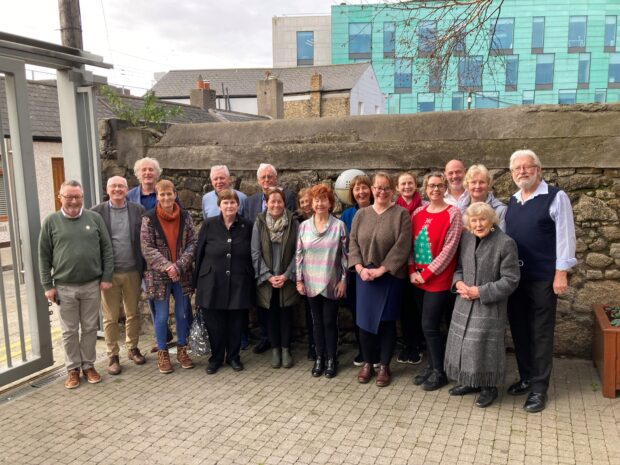 Some of the Members who attended AGI’s 35th Annual General Meeting.

The following officers were elected to serve for the coming year along with six ordinary members of Council:

Having served a full three year term, Kit Smyrl, the outgoing Hon. Treasurer, was thanked for his service by both the President and the wider membership.

AGI has a longstanding alliance with the Association of Scottish Genealogists and Researchers in Archives (ASGRA) and in that regard was pleased that its immediate past-President, Janet Bishop, was able to attend our AGM and the lunch afterwards which was held at McKenzie’s on Hanover Quay in the nearby Grand Canal Dock area of the city.