At our recent Annual General Meeting it was announced that AGI Members Máire Mac Conghail and Helen Kelly have been elected Fellows of the Association.  Under its constitution, AGI may award Fellowship in recognition of “invaluable service…to AGI” or a “particularly outstanding contribution to the study of Irish genealogy”.

As an 18 year old student Máire Mac Conghail (then called Doran) worked as a freelance researcher for the Genealogical Office and after graduating in the early 1960s she began practicing independently as a professional genealogist. After marriage and a number of years spent rearing her family, she returned to professional genealogy in the later 1970s and joined AGI in 1990. Over her 30 years of membership, Máire has served AGI well.  Since 1990 she has participated AGI’s running the Genealogy Services for the Genealogical Office, the National Library and the National Archives.  For several years she represented AGI on the now defunct semi-state body Irish Genealogy Ltd.  She has served as both Hon. Secretary and Hon. Treasurer, and more recently she was President of AGI for the period 2016-2018.

Commissioned by HarperCollins in 1997, she co-authored Tracing Irish Ancestors with her AGI colleague Paul Gorry.

She has been a great ambassador for AGI in her external activities.  She was Chairman of CIGO (the Council of Irish Genealogical Organisations) in 2001/2002.  She was also Chairman of the Ireland Branch of the IGRS (the Irish Genealogical Research Society) and she is currently on the Council of the IGRS.  Máire served on the Board of the National Library from 2005 to 2010, and on the National Archives Council from several years until 2017.  She was a member of the Irish Manuscripts Commission from at least 2004 until earlier this year. 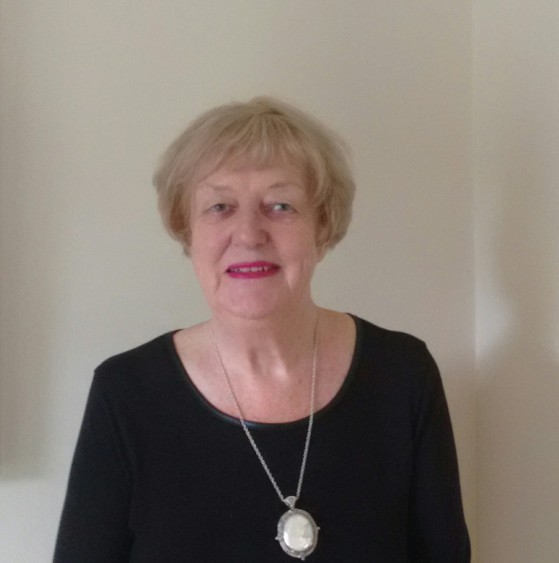 A native of Co Westmeath, Helen has a deep interest in the descendants of the sizeable number of individuals and families from the adjoining counties of Westmeath and Longford who migrated to Argentina during the course of the mid to late-19th century. She has become an expert on the history of these migrants and has spoken widely on the subject.

In 1997 with a professional colleague Francis Dowling (a former member of AGI) she co-edited and produced a video resource called ‘Searching for Your Ancestors in Ireland – a Professional Guide’. One of the main ideas expounded in that video was a concept close to Helen’s heart, which is to encourage those seeking to trace of their forbears to “walk the land”: to visit where they came from, to experience where earlier generations had been born, had thrived and were buried. Since obtaining the National Tour Guide Certificate in 2002, Helen has been involved in delivering genealogy talks and lectures to various tour groups visiting Ireland.

In 2007 Helen brought an idea linking genealogy and tourism to Dublin’s historic five-star Shelbourne Hotel. Shortly after, she took up the position of Genealogy Butler, providing genealogy advice and help to hotel guests. In the years since, the position has gained such a high profile and enviable reputation that it has led to her speaking about Irish genealogy on radio and television stations in Ireland, Britain, Europe, North America and the Antipodes. Helen was featured in RTE’s 2014 six-part documentary on the Shelbourne Hotel and its guests.

Holding an extra-mural certificate in genealogy from University College Dublin (1992) and a diploma in Local History from Maynooth (1998), it’s not surprising Helen has always been keen advocate for professional genealogists continuing to hone their skills throughout their career. She was one of the main proponents for AGI to begin to establish and develop a system of Continuing Professional Development (CPD).

The Council of AGI and the wider Membership congratulate Máire and Helen on their election as Fellows.